The sky is the limit for Delegate. The IT consulting house has just been recognised as the Best IT Workplace in Denmark. This is the current apex of the fantastic development Delegate has been through since it was founded 16 years ago.

The recognition comes from the global consulting and analysis company Great Place to Work, which has placed Delegate at the peak of IT workplaces with 50-499 employees.

“Of course, we are extremely proud of being recognised as the Best IT Workplace in Denmark, and what makes me more happy than anything is that we have managed to stick to our values, while we have developed so significantly in recent years” says Jakob Schou, CEO at Delegate.

Delegate has grown steadily since it was founded with four employees back in 2006. At the beginning of 2021, the consulting house had 145 employees, and today it is close to reaching a milestone of 200 “Delegaters“. At the same time, several companies have been acquired in recent years, and Delegate has crossed the border and become part of the large international Broad Horizon organisation based in the Netherlands.

Jakob Schou points to Delegate’s continuous focus on professionalism, presence, and employee well-being as crucial to its success in growing so significantly and in attracting and retaining talented employees in an industry characterised by a fierce battle for the best minds. Since 2013, Delegate has been in the top 3 among IT companies on the Great Place to Work list of the best workplaces.

“We have always had an extraordinary focus on the human being in everything we do. We work hard for our customers and to continue our growth, while we prioritize having the best workplace with extensive freedom and flexibility, and where going to work is a source of energy both physically and mentally. Delegate is a bit like a safe family, where we help and acknowledge, but also dare to challenge each other. Being able to maintain that culture is not a given when the company grows, but we have managed to do so, and it is a proof of our special DNA and strong values,” says Jakob Schou.

He predicts that Delegate will continue its journey of growth, and also keep acquiring companies, as long as they share a community of values with Delegate.

Best Workplace in Denmark for Women

In addition to being named Best IT Workplace in Denmark, Delegate has also won the special prize for Best Workplace in Denmark for Women across all industries. One of the reasons for winning thisprize is that Delegate has launched a popular women’s network. Here, female employees can, for example, seek inspiration from each other and discuss academic challenges and career choices.

“To be recognized as the country’s best workplace for women is a great honour, which makes us immensely proud and grateful. We need more diversity in the IT industry overall, not least to ensure a broader recruiting base. We want talented people who dare to think for themselves and have their hearts in the right place, and we want to be the best workplace for all “Delegaters” says CEO at Delegate, Jakob Schou.

About the award for Best Workplace in Denmark

Every year, the Danish branch of the global consultancy and analysis company Great Place to Work recognises the Best Workplace in Denmark. In 2022, Delegate is the best placed IT company in the category of companies with 50-499 employees. With the exception of 2018, Delegate has participated every year since 2013 and always been among the top three companies in the IT industry. The result is based on an employee survey and a cultural profile with a description of the practices and efforts conducted by the of the People & Culture department in the consulting house. Read more at danmarksbedstearbejdspladser.dk

Delegate was founded in 2006, and now has almost 200 employees across offices in Virum, Aarhus, Aalborg,and the Netherlands. Delegate advises Danish companies and organizations on digital transformation and delivers business-critical IT solutions based on Microsoft’s platform in areas such as Big Data, IoT, Machine Learning and Customer Experience Management. Among the customers are large Danish companies and several public agencies. In 2021, Delegate won the award as Danish Microsoft Partner of the Year, and in 2022 Delegate was recognised as both Best IT Workplace in Denmark and Best Workplace in Denmark for Women across all industries by the global consulting and analysis company Great Place to Work. Read more at delegate.dk 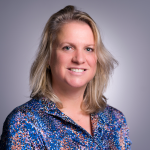 This website uses cookies
Broad Horizon B.V. uses cookies and similar technologies to collect information about your location, surfing behavior, devices, and browser. In addition to functional cookies that help the broadhorizon.nl website work properly, we also use analytical cookies to improve the website. We sometimes use marketing cookies in order for us and third parties to offer personalized content and products based on your profile. We ask your consent to use our cookies by clicking on the ‘All cookies’ button below. If you do not agree, we will only use permitted functional and analytical cookies. Do you want to change your cookie preferences later? In our Privacybeleid, you can read more about our cookies and how you can change your cookie preferences later on.
Meer lezen