The Big Bazar discount chain exists since 2007 and has grown rapidly in recent years into a discount formula with almost national coverage in the Netherlands and a number of stores in Belgium. Big Bazar’s mission is to “make everyday life cheaper, easier and more fun.” The organization does so by offering customers thousands of articles under one roof. In 2018, the company implemented Microsoft Dynamics 365. We talk to Evert Zaal, IT manager of Big Bazar, about working with D365 and the cloud.

“The IT of Big Bazar had to be split-off from that of Blokker Holding a few years ago for strategic reasons. We were faced with a number of choices, including the implementation of an ERP system.

At the time, we were still in Blokker’s old information system. We saw Dynamics as a good alternative for this. It is a simple system that fits the size of a company like Big Bazar. About sixty to seventy people work at our head office. We outsource a lot, that’s actually the core of how we do things. So we looked for a small system that does not have to be able to do everything. I was involved in the final implementation, because I have a lot of experience with the Cloud and Microsoft. We have been very busy in the last weekend before the implementation. We have moved all data from the old system and loaded it into Dynamics. We were live on Monday. This was preceded by an extensive period of testing with key users. For each department we appointed a key user who indicated what was needed in the system. Broad Horizon was deeply involved in this process. Together we looked at how we could get it to land within the organization, for example with training and information. ”

IT: do a lot with limited resources

“We have said from day one: no customization. If the system does not match the process, then we adjust the process and not the system. As a result, it was sometimes difficult for other departments to get used to the switch from an app that was fully customized to an application that works more generically. In the first eighteen months after implementation, we made many changes. We had agreed on a whole system with Broad Horizon about this. Every two weeks we had a mini-release, for which we collected and implemented wishes. Every department had to participate in every round. Now that it stands, we feel good about it. IT costs are not that high in this organization. We do a lot with limited resources. An example of this are the hand scanners from the shops. The staff uses these to request prices and scan items. These scanners are long before the Cloud. Yet we managed to make them cloud connected. We try to make everything we have smarter and more connected with the possibilities that Microsoft offers. ”

The Cloud, what else?

“The advantage of the Cloud is that you don’t have to buy any hardware. The software is a service, which means that you can keep the IT department smaller. The Microsoft Cloud is pay-per use. This makes it possible to deploy your server in a scalable way. For example, if I turn off a server at night, it won’t cost me any money. One of the most important features of the Microsoft Cloud is that it is by far the most complete. I think working in the cloud is de facto the standard. Since I have been working in the Cloud, I no longer understand a choice for on-premise. Based on how easily we can continue to develop and benefit from the Cloud service, I firmly believe in it. ”

“We were faced with a number of choices, including the implementation of an ERP system. We saw Dynamics as a good alternative for this.” 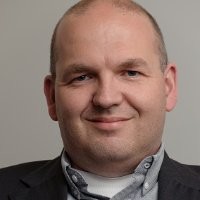