The spectacular, annual Microsoft partner event ‘Inspire’, which took place on 14 and 15 July this year, presents Microsoft’s latest news and vision for the IT market. Previously, we published two blogs on the most interesting developments shared during Microsoft Inspire. The event also puts the spotlight on a group of people at the helm of all these innovations: developers. This blog takes a closer look at the benefits of pro-code, low-code, and no-code and shows what tools Microsoft offers for these different groups of developers.

Nowadays, it’s often said that every company will eventually become a technology company – especially as the use of data and IT becomes increasingly critical to business success regardless of the industry a company operates in. The numbers Microsoft recently presented at Inspire highlighted this reality: the number of job openings for developers and data science positions is on the up – and remarkably, non-tech companies have more IT-related job openings than tech companies. In fact, the automotive industry currently has more openings for data engineers than technical engineers. Surely that says something.

But this development isn’t as extraordinary as it seems. In this age of ‘hyper-automation’, with people and companies all around us working to make processes more efficient, employees more productive, developing new products and services, and improving customer relationships, new ideas emerge and need to be implemented in practice. Cue the developers.

However, spurred by the growing developer skills shortage, another movement is quickly gaining momentum: low-code and no-code development. The aim? To enable everyone in the organization to become a potential developer. It also provides opportunities for citizen development, as it means ideas can be designed and implemented with no need for programming.

Microsoft is using different tools for different target groups in the developer community: the pro-coders, low-coders, and no-coders. And, gradually, we’re even seeing AI bots participating in the development process. In practice, it’s often not a matter of ‘either/or’ but of ‘fluid teams’, with different types of developers collaborating to achieve the best possible result in a short amount of time.

But how does a tech giant like Microsoft serve these different groups of developers? GitHub – from an open source point of view – is a platform that’s aimed primarily at pro-coders, who use it as a simple way of sharing their ideas and collaborating with other developers across the globe.

An interesting development in this area is that artificial intelligence (AI) has also been trained with previously published code: with OpenAI CoPilot, AI can now sometimes predict what you want to create based on something as simple as a job title. AI automatically generates the corresponding code, after which the developer only has to adapt it to their own needs and preferences. This hugely beneficial development saves an enormous amount of time, reduces the likelihood of error, and therefore also gives you the freedom to focus on the most complex issues.

In addition to options on the coding side, Microsoft is offering more and more services for deployment and operations. Because let’s face it: in the world of DevOps, most developers prefer to deal with the former. After all, development is about making new things, answering questions, and solving challenges. Ideally, developers would spend all their time on these things, but in practice they spend more than half the time doing other jobs.

By using the Azure Kubernetes Service (AKS), you also make a built application as scalable and maintainable as possible. Combining this with the right deployment pipelines is key to saving time while significantly improving quality. Our colleagues at True Webspace are increasingly being asked to help set up and manage the Kubernetes environment, so that developers can use their scarce time for actual coding as much as possible.

The use of low-code and no-code is going from strength to strength. And this shouldn’t come as a shock, because low-code and no-code open the gateway to faster development cycles, shorter time-to-markets, and a larger pool of developers. Microsoft also caters to these groups with its inventive Power Platform.

The Power Platform from Microsoft empowers a growing number of people within (and possibly outside) your organization to make a valuable contribution to the further digitization and optimization of processes. And all that without always needing a pro-code developer. For example, during Inspire, Microsoft showed a video of Toyota deploying the HoloLens-2 on its production line. That solution gives users in mixed reality (a mixture of physical reality and a virtual environment) commands that they can execute according to instructions prepared in Dynamics 365 Guides – without any programming, and conveniently led by a team leader in the factory.

Whether it’s apps, automated processes, reports, or a virtual assistant in the form of a bot: you can now create it with Microsoft Power Platform without programming. Or, in the case of low-code, by working with Power Fx formulas as you’re used to in Excel. This means that your organization becomes less dependent on an internal or external developer, and achieves results faster. Developing easy prototypes, testing business ideas faster, automating recurring issues, and visualizing data from multiple sources – the Power Platform literally puts the power in your hands.

Another great advantage of the Power Platform is its seamless integration with Dynamics 365 and the overarching Microsoft ecosystem. As a result, you can also use it to make small improvements in an existing process. For example, Broad Horizon regularly holds workshops where people start with nothing at the beginning of the day and end it with a fully automated, recognizable process that they’ve created all by themselves. We find that such an approach gives both individuals and organizations a tremendous confidence boost.

Backed by its constant drive for innovation and improvement, Microsoft is also constantly developing the Power Platform. During Inspire, a lot of improvements for the coming months were announced in the release plan – these upgrades are all aimed at further simplifying citizen development. Here you will find an overview of all planned novelties.

A great example of a new feature is the recently launched Power Apps Ideas: it allows you to describe in your own words exactly what you want, after which AI interprets the text and converts it into a formula. For example, if you want to create a list of all products that contain the word ‘stroller’ in the description and sort the items by purchase date with the newest product at the top, AI will convert this into the formula FirstN(Sort(Search(‘BC Orders’, ‘stroller’, ‘aib_description’), ‘Purchase Date’, Descending).

All in all, developers are becoming increasingly important. Low-code and no-code puts everyone in a position to learn the basics of being a developer. That development is continuing – and so it should, as there’s always room for new innovations. It’s always good to see Microsoft taking huge steps forward each year during Inspire as they continue to amaze us with new capabilities, including in low-code and no-code. To be continued…

This blog is part of a series of blogs about Microsoft Inspire 2021. There are two more blogs to follow about Cloud and Data. 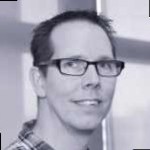 Contents of this article

Microsoft Inspire 2021: the power of data and the need for a good foundation

Microsoft Inspire 2021: the meteoric rise of the hybrid cloud

Microsoft Inspire 2021: the developments that will optimize the support we offer you